The Island is in the middle of Java Sea archipelago located in Northwest of  Jepara, Central Java, Indonesia.

Marine life with a variety of beautiful biota become Karimunjawa as one of nine the National Parks in Indonesia.

Consisting of 27 islands north of Semarang and off the coast of Central Java, 5 are inhabited by residents, while the rest are uninhabited islands.

You can surround it just for one day with rent a motorbike for $5-6.

Maybe Karimunjawa Islands are not as well-known as Bali or Lombok.

However, the beauty of Karimunjawa Island is also no less competitive and will make you forget all the memories with your ex. 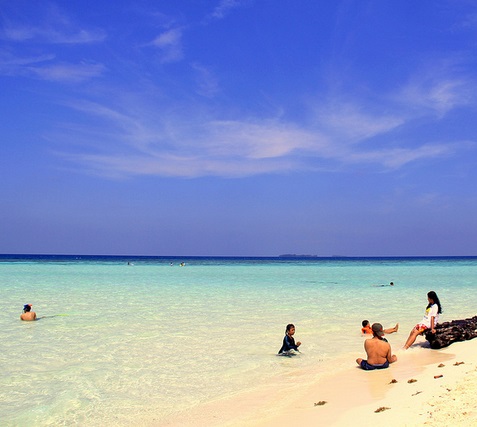 According to local stories, Karimunjawa’s name is from the story of Syekh Amir Hasan, Sunan Muria’s naughty son and a student of Sunan Kudus.

He was exiled to the islands and when viewed from a distance called Kerimun-kerimun in Javanese, I mean vague. Over time, the islands are familiarly called the Karimunjawa Islands.

The beauty of Karimunjawa Islands is like in Caribbean, you know. Karimun Java has other similarities with the Caribbean which consists of several small islands and white sand beaches.

Therefore the ancient Dutch gave the nickname to Karimunjawa as Caribbean Van Java.

The best time to visit is October, May, and then in September (Summer).

Some tourist beaches and natural attractions that can be visited are.

While the island in Kemojan village, there is a Barracuda beach, a bridal rock beach, and a tracking Mangrove Forest.

In Joko Tuo Hill you will find beautiful scenery of the hills across the small town.

This hill is called Joko Tuo because here the Joko Tuo skeleton is a giant fish, a type of whale. 3 meters in length and fish including rare fish. and can also do mountain tracking and hiking.

This is very fun. If you visit with family, children can learn to increase natural intelligence, kinesthetic intelligence, intrapersonal and ability to difficulty.

How to go to Karimunjawa Island

Like KMC Kartini 1, on Friday and Saturday there was also a surge in passengers.

So if you want to leave in 2 days it is expected to immediately order a ticket because the transferred passengers run out of tickets.

2. From Semarang, there is a KMC Kartini 1 ship that sails from Semarang to Karimunjawa. Travel time is around 4 hours.

There is also a scheduled departure every Thursday and Saturday because it is located in Semarang close to Ahmad Yani airport, also close to the train station.

This route has much demand, even one month before departure, the tickets are sold out. Immediately order a ticket if you want to depart from Semarang.

3. From Jakarta, you take a flight and visit Semarang, Jepara or Kendal.

4. You can use a travel agent’s service to get a Karimunjawa tour package and get a discount tour package from him.

Things to do in Karimunjawa Island 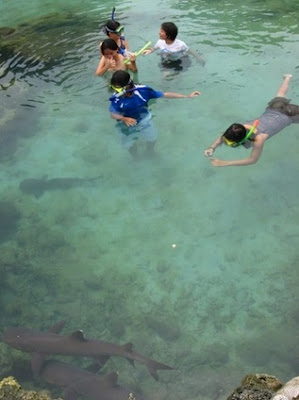 Provide a sensational experience for swimming and playing with sharks.

Shark species are quite benign and do not attack humans. You don’t be afraid. However, when anxiety continues. You can try the sensation of swimming with smaller sharks. 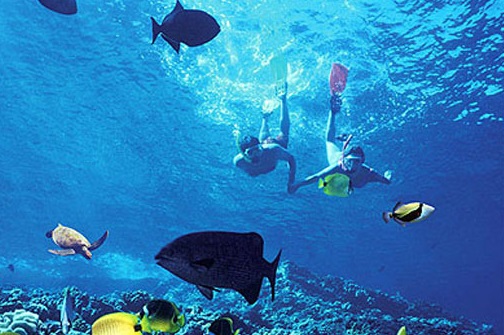 Don’t miss the opportunity to snorkeling and island hopping in Karimunjawa!

You just choose the most suitable package.

You will waste time if you don’t prepare a dive permit to explore the amazing deeper underwater paradise. 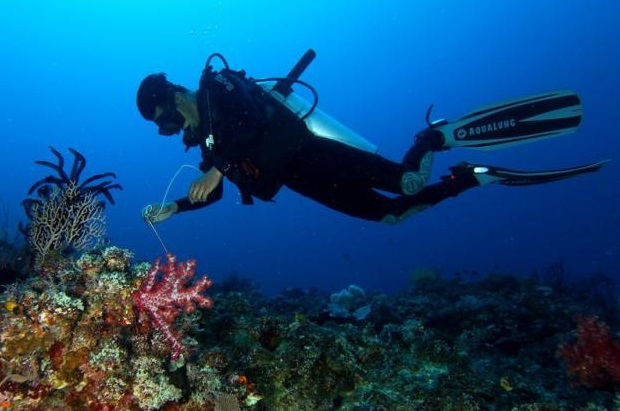 You will get the experience of diving near a wreck. Not just one wreck, but many points.

For example, Coral Ship, Pinisi Shipwreck, Indonoor Shipwreck, and the most popular is the Shipwreck Biblis which has bronze propellers decorated with many charming soft corals.

All facilities in Karimunjawa are very available. You can relax in floating hotels, Bungalows, hotels, villas or resorts.

All depends on your needs, you can choose according to the money in your wallet. 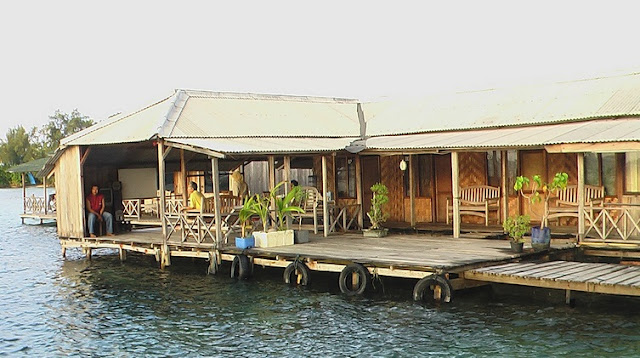 Karimunnjawa Square which is a culinary center. If you feel hungry, come to Karimunjawa square and order a few servings of fresh fish there. The menu served is mostly seafood.

But, sometimes a new menu if you see it directly.

Moko Hill Bandung became my main destination to enjoy the view of Bandung city from the top of the hill. This hill is a cool natural tourist of Bandung, you know. The height of Moko hill reaches 1500 meters above

Pangandaran is a mainstay tourist attraction in Pangandaran district located in the southeast of West Java, precisely in Penanjung village, Pangandaran sub-district, West Java province. Pangandaran became a tourist destination that attracts domestic and foreign tourists who present the beauty

If you are vacationing at Batukaras beach only to learn surfing, why not you try to exploring some tourist attractions like Nusawiru mangrove forest and the Bridge of love? Why do they call Bridge of love? Actually its name is

What do you think about Mount Merbabu height 3142 mdpl? Merbabu Mountain is a dream among climbers located in the districts of Magelang, Boyolali, Salatiga and Semarang bordering Mount Merapi. Mount Merbabu at Night Difficult paths and several things that

Read More about Mount Merbabu is A Dream for A Climber