Wakatobi National Park is one of 50 national parks in Indonesia covering an area of ​​1,390,000 hectares located in Wakatobi district, Southeast Sulawesi.

Wakatobi is short for the names of four large islands in the region, namely Wangi-wangi Island, Kaledupa Island, Tomia Island and Binongko Island.

The diversity of flora and fauna exceeds types of coral reefs in the Caribbean sea (50 species) and the Red Sea in Egypt (300 species).

Vertically or horizontally, some waters have steep turns. The water depth is 1,044 meters with basic water mostly of sand and coral.

Wakatobi National Park has a variety of ecosystems and marine species are almost the same in Raja Ampat Islands.

The white sand beaches, coral reefs, fish, sea birds, turtles, cetaceans and mangroves. There are around 590 species of fish, 396 species of coral reef and seaweed.

In fact, some species are endangered and protected else is here.

How to get to Wakatobi National Park

Travel: The first city to be a transit point is Makassar with Sultan Hasanuddin airport. Several cities other than Jakarta have provided direct flights to Makassar.

After arriving, travelers must continue their journey to Kendari using a pioneer aircraft. This aircraft can only accommodate a few passengers.

A good idea is breakfast. Because the next trip will take around 2 hours.

The time taken by plane from Makassar to Kendari is one hour.

Traveler is not allowed to get off because usually the aircraft will only refuel and reduce passengers in a short time.

“Transit passengers down and left behind will not be the responsibility” said the flight attendant to give an announcement while in Kendari.

The journey will continue with an hour’s travel time. A sea view with a row of atoll welcomed us.

Atol are ring-shaped coral reefs. A traveler can see an Atol while on Wangi-Wangi Island.

Upon arrival at Matohara Airport, a traveler only has transportation options in the form of a rental car. There is no public transportation like in a big city.

To reach the City of Fragrance or commonly called Wanci, will take about half an hour.

Before there were planes, sea routes were often used. However, the time needed is longer. From Kendari tourists have to take a boat for 4 hours.

The journey is long, but it will definitely be fun.

Things to do in Wakatobi National Park

Snorkeling and Diving are popular. The dive place is located between Hoga Island and Kaledupa.

Underwater beauty will satisfy your eyes and refresh your mind during summer vacation.

Dive to a depth of 20 meters using wetsuits, frog boots, fins, masks and oxygen cylinders or just snorkel goggles with a hose stretched up to sink into the sea.

Everywhere colorful coral swarming. Anemone fish or clown fish play in between the soft coral anemones which are their home.

Other than that Hoga Island, there are about 20 dive places scattered on Wakatobi Island such as Pinnacle (near Hoga Island) on Kaledupa there are coral reefs (table-shaped coral) measuring 2-3 meters and on Tomia Island there is Mari Mabuk and each place has its own uniqueness.

The most beautiful coral structure in Pinnacle is the Pinnacle Mountains.

This location is also a characteristic of barracuda fish habitat. The fish is oval shaped like a bullet and can glide very fast, his life in groups and also found dwarf, sea horses are very small. From Kaledupa to Tomia about three hours.

Besides Snorkeling in Tomia, you can take a walk to Fort Patua and some ancient cannon remains are still installed.

Jomba Katepi, a small hollow more than 100 meters deep, is said to plague those who receive punishment.

From Tomia Island to Binongko Island by speed boat about one hour. the people on Binongko Island are blacksmiths. At Binongko you can also find a number of dolphins that often cross motorboats.

You also can see a variety of traditional dances such as the dance ranangi, bungkele and hebalia sombo or visit the native villages that live around the park.

The tribe that lives around the park is known as the Bajau.

Because according to historical records of Chinese and European explorers, said: “that boat people are humans who are able to explore Johor, Singapore, Sulawesi and Sulu.”

Of all boat people in Southeast Asia owning a traditional boat, the culture is the Bajau.

Their daily life is very interesting and unique, especially the expertise to dive into the sea without equipment for piercing fish.

Wakatobi has complete facilities such as resorts, hotels. It all depends all your budget.

Guest rooms has air conditioning, a flat-screen TV with cable channels, a fridge, an electric tea pot, a shower, free toiletries and a desk. The resort provides certain rooms that include a terrace and garden view, and each room comes with a private bathroom and a closet. All rooms at Marind Dive Eco Resort are equipped with a seating area.

The accommodation offers a continental or à la carte breakfast.

You can play pool at Marind Dive Eco Resort, and bike rental and car rental are available. You can book on Agoda. Selected rooms here will provide you with a kitchen with a fridge and an oven. At the hotel all rooms come with a desk, a flat-screen TV and a private bathroom. Click here book on Agoda. 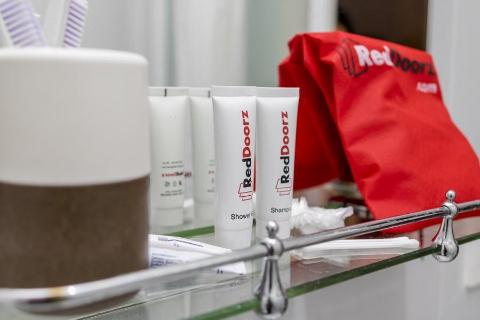 All rooms in the guesthouse are equipped with a flat-screen TV. At RedDoorz @ Tomia Island Wakatobi, all rooms have air conditioning and a private bathroom. Book on Agoda.